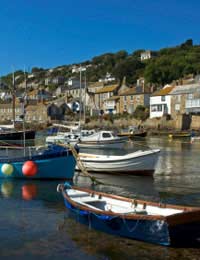 A good skipper not only must be able to handle a vessel in full flow, but also keep it in one place when necessary. A good anchor and good anchoring skills are therefore important strings to a sailor’s bow.

The key skill of a good anchor is not its gross weight but its ability to lock into the ground. A heavy anchor may drop easily but it takes a lot to raise it back up to the deck. A well designed anchor will grab hold of the earth and instead use the formidable weight of the wet mud and sand to secure the vessel.

The strength or holding power of an anchor refers to a measure in weight of the amount of pull an anchor can sustain without breaking free. The weight of anchor needed will vary according to the length of the boat and its working load.

There are a wide variety of anchors available, and which is the most effective for any given craft is dependent on the two main factors of the load placed on the anchor and the type of seabed. The main types of anchor include the Fisherman’s, Danforth, Plough or CQR, Mushroom, Bruce and Grapnel.

Where to Drop Anchor

When choosing where to moor there are several aspects to consider before dropping the anchor.

The ideal anchoring location will have a sandy or muddy seabed, as this will provide the best holding ground. Rocks, stones or shingle are not as secure.

Secondly the spot should have as little tidal stream as possible. The stronger the tide, the stronger the anchor and cable will need to work to keep the vessel in the same position.

The depth of water of the anchor spot should allow sufficient chain and rope for four times the depth at high water when using chain only, and six times if chain and rope are used in combination.

When anchoring amongst other boats, it is important to estimate the swinging circle of the craft in relation to the other vessels, bearing in mind that different boats swing to the tide at different times depending on the tide and the direction and strength of the wind.