Home > Ferry Travel > The History of the Channel Ferry

The History of the Channel Ferry 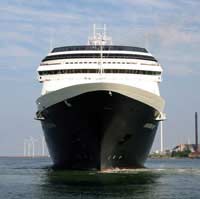 As an island nation, ferries have long provided a vital link with the rest of Europe, but after two centuries, their importance to the holidaying population is beginning to fade.

The history of ferrying across the English Channel has come a long way since a trip to ‘the continent’ meant sharing a small cutter sailing ship with sacks of letters bound for European destinations. Back in the early 19th century the concept of ferries specifically catering for holidaying passengers had yet to catch on, and the legions Brits wheeling their caravans over to the French countryside were an age away.

The introduction of steam power to the maritime world is largely credited with not only transforming the history of cross-Channel passage but, in introducing a superior level of speed, reliability and capacity, also laying the foundations for whole the passenger ferry industry. The pioneer vessel in this new age of sea travel was the British-built paddle steamer ‘Rob Roy’.

After completing her first Channel crossing on June 10th, 1821, the steamboat was bought by the French Postal Administration, renamed ‘Henri IV’, and put into regular passenger service a year later. It was able to make the journey across the Straits of Dover in around three hours.

The growth of the ferry industry benefited from steam power’s similarly seismic impact on land transport. The burgeoning steam railway networks mobilised the populations of Western Europe, bringing more and more passengers to the Channel ports.

A Bigger and Better History

The Channel port harbour facilities were next in line for a major redevelopment as in only being able to accommodate vessels in certain tides and weather conditions they were not conducive to the demands of a regular ferry service. The second part of the 19th century saw the main Channel ports construct sheltered deep-water berths, which were subsequently modified and expanded to cater to the demands of their ever larger ferry fleet.

By this stage the boats had become much larger and much faster; the Queen and Empress liners built in 1854 could make in the crossing in one and a half hours. They were also much more comfortable. The days when passengers were secondary to sacks of mail were long gone. Ferry companies fitted their vessels with roomy and comfy saloons and they were even tried to reduce passenger sea sickness by implementing design modifications.

The next big change for the ferry companies came at the turn of the century when paddle steamers were superseded by new propeller and turbine ships. Some sixty-four years after it was first invented, the propeller made its debut in the Channel in 1903, powering the Queen between Calais and Dover.

On June 28th, 1928 the car ferry was born when his Artificer began ferrying cars as well as passengers between Dover and Calais. It may have been a very primitive affair, where a maximum of fifteen cars were winched on board with a crane, but it proved a huge success and newer vessels with greater capacities were quickly commandeered. The most notable of these was the Forde, which contained three lounges and three private cabins and could transport 168 passengers and 30 cars. In 1930, its debut year, it transported a total of 4,600 cars.

The Second World War interrupted the development of the car ferry and it was another 20 years, in 1953, before the familiar ‘drive-on drive-off’ ferry terminals were introduced at Dover and Calais. These new berths were expected to handle 10,000 motor vehicles per year. An average 100,000 vehicles ended up riding up the ramp onto the boat.

By the heady 1960s forward thinkers considered the humble ship a thing of the past - the future of sea travel was floating across the water on a giant cushion of air. 1968 saw the beginning of regular cross-Channel hovercraft services.

Although the new invention certainly proved a step forward in terms of quick Channel crossings – with journeys averaging thirty minutes – it didn’t revolutionise the industry like was first envisioned. The hovercraft fell victim to rising fuel prices, and was eventually replaced in 2000 by the slower but more cost efficient catamaran.

The opening of the Channel Tunnel railway connection in 1994 not only marked the final major development in the history of crossing the English Channel, but also the end of the ferry’s ascendancy. For the first time since it beginnings in the early 1800s, the ferry industry was not moving forward but had entered a period of slow decline. In addition to the more modern Eurostar, rising fuel prices, the axing of duty-free sales, and the era of the budget airline all contributed to dropping passenger numbers.

The Rise of the Catamaran
Share Your Story, Join the Discussion or Seek Advice..
I didn’t realise this was going out as a general request for information. But if anyone out there can help me or point me in the right direction for information, I would be very grateful. Thanks. Matty
Matty - 3-Dec-20 @ 5:25 PM
Do you have any information on the ferries that operated between Harwich and the Belgian coast during the late 1920s / early 1930s? After the death of his mother, when he was six, my late father and his five year old sister were put on a ferry by their father at Harwich (would it have been a steamer?) and entrusted to a crew member (a WW1 friend of their father’s) before being met by a Belgian couple who adopted them. I don’t know anything about the type of ferries that operated on this route at this time. And I don’t know whether the feet went from Ostende or Zeebrugge (although I do know the couple lived in blankenberg). But the idea of my very young father and his little sister being put on a ferry alone and sent to a new life abroad, has haunted me for years. And I would like to know more about the boat they were put on. Thank you very much for your help. Yours Matty
Matty - 3-Dec-20 @ 5:23 PM
Title:
(never shown)
Firstname:
(never shown)
Surname:
(never shown)
Email:
(never shown)
Nickname:
(shown)
Comment:
Validate: