Home > Hazards at Sea > Cape Horn: The Everest of Sailing 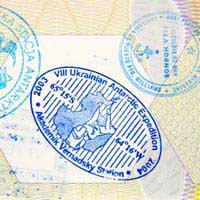 Of all the world’s maritime landmarks none is more notorious or evokes more fear and awe than the remote and unforgiving waters of Cape Horn.

Rising portentously out of the water off the southern most tip of Chile and South America, is the 1,400 feet of harsh rock known as Cape Horn. Named after Hoorn, a small town in the Netherlands, and later bastardised into Horn by the English, this point has struck both fear and fascination into the hearts of seafarers since it was first discovered 400 years ago.

Although the cape invokes dread in those sailors who see it looming at the northern edge of Drake’s Passage - the strait between South America and Antarctica – it is not the rocky outcrop itself they fear but the surrounding sea its presence indicates.

An unholy clash of natural phenomena combines to make the waters around the Horn some of the world’s most inhospitable.

The Southern Ocean is already treacherous in itself due to the prevailing winds - below 40° south latitudes - being able to blow freely from west to east around the globe with minimal land interruption. The further south, the more ferocious the gales become, with the ‘roaring forties’ latitudes becoming the ‘furious fifties’ and then the ‘shrieking sixties’. Vessels travelling eastwards would naturally attempt to stay at the northern end of the forties but when rounding the Horn ships are forced into descending into the more tumultuous atmosphere of the 56° south latitude.

The fierce winds that threaten such southerly passage are exacerbated further around the Horn because of the funnel effect caused by the Andes and the Antarctic Peninsula which channel the winds into the comparatively narrow Drake Passage.

Unsurprisingly the wild winds and uninterrupted roll of the Southern Ocean help conjure up suitably fearsome waves, but here the Cape presents further anomalies to complicate the passage even more. An area of shallow water to the south of the Horn has the effect of making the waves shorter and steeper, greatly increasing the hazard to ships. The region is also plagued by unpredictable ‘rogue waves’ which can reach up to 100 feet in height.

When combined with very strong currents and icebergs, and a remoteness that renders search and rescue efforts nigh on impossible, it is unsurprising that Cape Horn is one of the most hazardous shipping routes in the world.

Since its discovery in the 1600s, the Horn became an important milestone on trade routes, featuring as part of the clipper route that carried much of the world’s trade between Europe and the Far East, Australia and New Zealand, and even between the coasts of the United States because of the treacherous inland prairie lands.

The Horn presented a great challenge, particularly for traditional sailing ships travelling east to west against the prevailing winds and currents, and came at a huge risk, with local shipwrecks frequent during the 18th and 19th centuries.

Successful navigation of Cape Horn was a heroic feat that was duly recognised. If a sailor had survived passage around the Horn, they were traditionally entitled to wear a gold loop earring - worn in the left ear to denote that which had faced the Cape in an eastbound passage – and dine with one foot on the table.

The Everest of Sailing

The need to undertake such a perilous passage was greatly eased in 1914 with the opening of the Panama Canal, as well as the founding of the transcontinental railroads in North America. As a result the subsequent decades saw commercial routes around the Horn dwindle into nothing.

The waters have not been entirely abandoned, however, because although the actual necessity for rounding the Horn has gone the challenge remains. Modern sailboat technology may have eased fears about the Cape somewhat, but its unearthly threat is still undimmed.

Rounding the remote and hazardous waters around Cape Horn is now considered to be the yachting equivalent of climbing Mount Everest. No circumnavigation of the globe is complete without a trip around the horn and the major ocean yacht races incorporate it into their routes.