Home > Events & Activities > How Sailing Has Become a Sport For Everyone 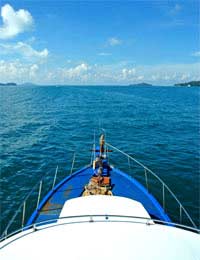 Not long ago it was the preserve of the elite, but now sailing is now a sport that attracts and welcomes people from all ages and backgrounds. How did sailing become a sport for everyone?

A Sport For the Masses

Only a few decades ago sailing was a niche sport largely populated and enjoyed by well-heeled sorts with too much money and free time. The interest of the average sporting fan would only be sparked by a major tournament or record-breaking achievement and then it would quickly fade.

Fortunately for such a natural sailing kingdom as the UK, times have changed and sailing has now been firmly welcomed into the open arms of the masses. Sailing schools and sailing instruction is more widespread and affordable than ever, good sailboats are cheaper and more widely available, and the opportunities for all ages and backgrounds to try their hand at the sport have mushroomed.

The tide change can perhaps be traced back to the late 60s and early 70s and the efforts of Britain’s pioneering sailing adventurers Sir Francis Chichester, Sir Robin Knox-Johnston and Sir Chay Blyth.

To many, Chichester was the first to really capture the imagination of the public and open their minds to the thrills of sailing when in 1967 the father of endurance sailing completed the first single-handed circumnavigation of the globe.

His pioneering efforts were followed two years later by Knox-Johnston when, in his yacht Suhali, the legendary sailor completed the same feat without stopping.

When, in 1971, Blyth returned from his voyage as the first man to sail solo ‘the wrong way’ around the globe, he was greeted with fanfare from the British public and a host of luminaries, such as Prince Charles and the Prime Minister of the day, Ted Heath. The ‘impossible voyage’ turned out to be a seminal moment in the public’s growing affection for sailing.

The likes of Blyth and Knox-Johnston subsequently went on devote their efforts in broadening the appeal of their sport, going on to run some of the most well known amateur round-the-world sailing events. Their efforts in opening the sport up to the masses has been recognised and justly rewarded with knighthoods.

A further landmark in sailing’s course to mass appeal was when, in 1989, Blyth helped found the British Steel Global Challenge, the first round-the-world race of its kind. Far from being an occasion to indulge privileged young men, the race encouraged normal people with no prior sailing experience to sign up and climb aboard for an adventure of a lifetime.

Blyth’s organisation, Challenge Business, is also in charge of running an event for ambitious amateur rowers who want to brave the Atlantic.Knox-Johnston has proved similarly been persistent in his efforts, running the Times Clipper race and Around Alone.

Simplification of the Sport

The key way in which the sport itself has been adapted to encourage broader involvement is in making it easier to understand.

Previously sailboat racing was criticised for being too complicated for everybody to understand and appreciate. Due to the handicapping system for vessels of different classes, it is difficult for an observer to recognise immediately who is winning and losing. For instance, a boat with a heavy handicap could finish forth but be declared the winner once the class handicaps had been taken into account.

These days, all the high-profile racing events are now ‘one design’ affairs, which means only one class of vessel can enter certain races, forgoing the confusing handicap system. This has prompted more and more people into signing up for sailing lessons and learning to sail.

Although British sailing feats hit a prolonged lull during the 80s and 90s, the last decade has seen a variety of sporting successes that have also further increased the public’s hunger for the sport. These achievements include Britain’s Olympic triumph in Sydney in 2000 and Ellen MacArthur’s 2005 world record breaking solo circumnavigation of the globe.
Next Page